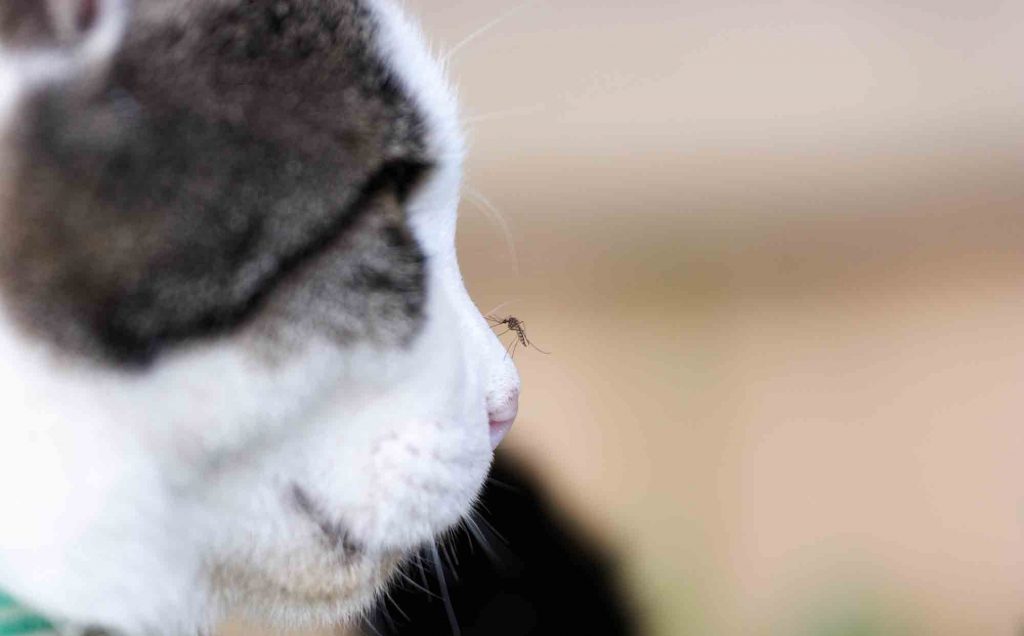 A lot of time and education goes into discussing heartworm in dogs. As a result, most dog parents are aware of this parasitic disease and take steps to prevent it in our canine companions. But most cat parents aren’t aware that cats can get heartworm, too.

Because mosquito season is on its way, your friends at Clairmont Animal Hospital decided that it was high time to give you a peek into this disease in our feline friends.

How Is Heartworm Disease Transmitted?

The heartworm life cycle is complex and takes several months to complete.

Signs of Heartworm in Cats

Clinical signs may be quite unspecific, a challenge in diagnosing cats. They usually look like symptoms of other diseases as well. Signs may include:

Heartworm Differences Between Cats and Dogs

Although they are transmitted the same way, there are some differences between heartworm disease  in cats and dogs. Sadly, these differences often translate into a disadvantage for your cat. Here are the main differences:

Because there is no good treatment option for heartworm in cats, prevention is absolutely the best option for cats. Luckily, prevention is as easy in cats as it is in dogs. We can talk to you about a cat-approved heartworm preventive, which can be given monthly as a chew or topical, or every 6 months as an injection.

It should be noted that keeping your cat indoors does not prevent them from getting heartworm. More than 30 species of mosquito have been shown to carry the disease, and it only takes one mosquito getting indoors to put your cat at risk.

But most cat parents aren’t aware that cats can get heartworm, too.